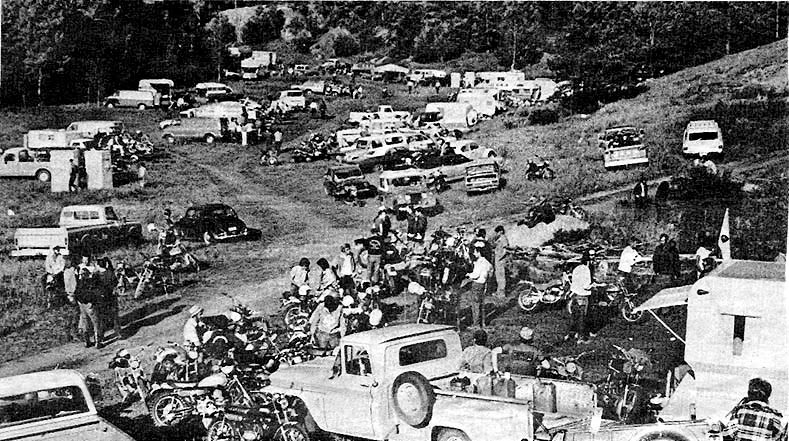 They left promptly and eagerly, their bikes were clean, their equipment well organized and their confidence soaring.

They returned much less eager, their confidence shaken. The bikes – those left running – were covered with mud and new dents. Equipment was hanging and dangling and dragging. Harry’s Roamers had laid out another great enduro.

Beginning right at 8:01 Sunday morning (July 2) 182 riders left at intervals to cover a well-marked route of unknown length or location. By only the third check over 50 riders were out – either stuck in the bog near check point one, their machines had quit running, or they were too late to check through.

When it was all over and he results from each of the eight check points were tallied, Joe Prosser of Steamboat Springs had ridden his BSA Victor over the 69.2 mile course and had amazingly lost only eight points. His time was only eight minutes off the 5-hour and 16-minute standard time. 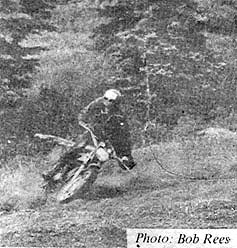 By comparison, the second best score of the day was by Chester Carson of Newcastle, Wyo. He lost a total of 16 points while winning the 175 class on a Yamaha.

Section One was 5.1 miles in length and was designed to be ridden at an average speed of 11 mph in 27 minutes. Included in this section was an unbelievable water hole and bog. Many riders made it only to here and no further, others lost so much time they were practically eliminated. 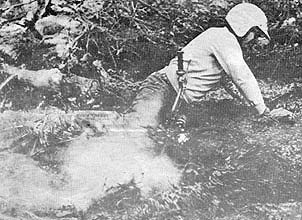 Section Two covered 7.9 miles. Riders had 36 minutes and had to average 13 mph. The longest jaunt between checks was Section Three – 12.8 miles at an average speed of 14 mph – it had a 55 minute riding time. The toughest hill on the course was in this section and eliminated many riders.

Section Four ended at the Sprucewood Inn and riders were given a one hour lunch break. Section Four totaled 42 minutes of 14 mph to cover the 9.7 miles.

After lunch came Section Five – 6.3 miles that required 29 minutes of 13 mph riding. Then Section Six – 8.2 miles including a very difficult downhill along the powerline right-of-way. It was set up for 38 minutes of 13 mph riding. Section Seven was the slowest, calling for a 10 mph average for 45 minutes to cover 7.5 rough miles. Section Eight included riding on Rampart Range Road and the average was up to 16 mph for the final 11.8 miles which were to be covered in 44 minutes.

Photos of many sections and a list of the trophy winners in each class appear on page six of this issue.
Article from 1970 or 1971. Author and publication unknown, however at least some photos and perhaps all of it may be credited to Bob Rees